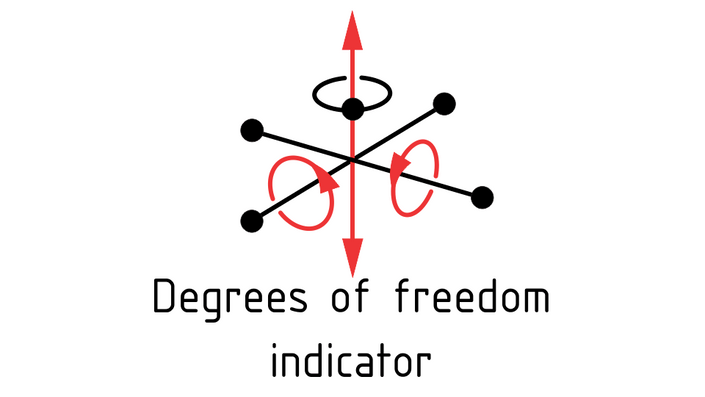 Degrees of freedom analysis is the tool you use to analyze how tolerance zones lock the toleranced features and answer these questions. It is the key to understanding geometrical tolerancing.

The DoF indicator is a valuable tool, when you discuss geometrical tolerances with colleagues or try to explain to a supplier or customer exactly what movement a particular tolerance allows and what it locks.

I also use the DoF indicator in later geometrical tolerancing courses to explain what is locked about a tolerance zone and what movement is allowed - and how that in turn constrains the toleranced feature.

I personally think that the degree of freedom concept is key to understanding geometrical tolerancing. It requires taking a step back from just looking at drawing indications and "this on the drawing means that for the workpiece" to develop a more structured way of looking at geometrical tolerances and how they work.

In a way, that makes this one of the most important geometrical tolerancing courses I have to offer. It is the "teach a man to fish" course that gives you the vocabulary to analyze any geometrical tolerance. It allows you to start with the question: "What do I want to constrain about the toleranced feature?" and from there decide which degrees of freedom have to be locked and unlocked for the tolerance zone and therefore which symbol to use, e.g. flatness, parallelism or position, and what datums to reference in the tolerance indicator.

The DoF indicator not covered in the ISO GPS standards. I have developed it in collaboration with Per Bennich, my co-author of the GPS Pocketbook.