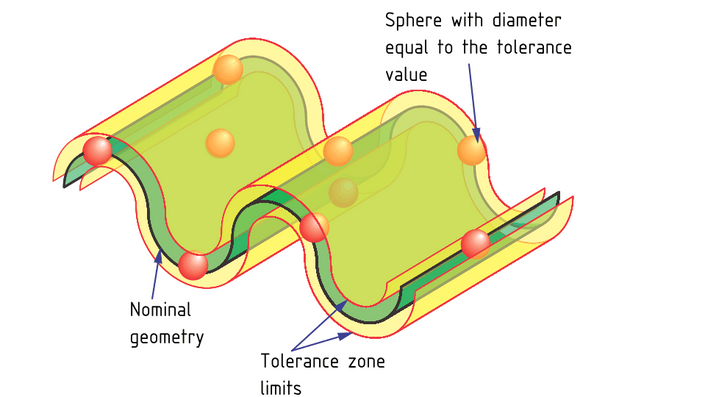 Tolerance zones are the building blocks of geometrical tolerancing. Learn about the shapes of tolerance zones and how to control their ability to move.

In this course, you will learn about the different shapes geometrical tolerance zones can take and how you can use constraints to limit their ability to move.

The course builds to some extent on GPS 120 – Introduction to Geometrical Tolerancing and GPS 121 – Degrees of Freedom to explain tolerance zones.

There are three types of tolerance zones that a geometrical tolerance can create:

The course cover all the possibilities within these three types, for example a tolerance zone limited by two parallel planes or one limited by a cylinder.

The course also introduces the concept of constraining a tolerance zone, which means locking it so it cannot move in the direction of one or more of its non-redundant degrees of freedom.

Finally, the course demonstrates how very precise requirements can be specified by using a number of tolerance zones with different constraints and different tolerance values.