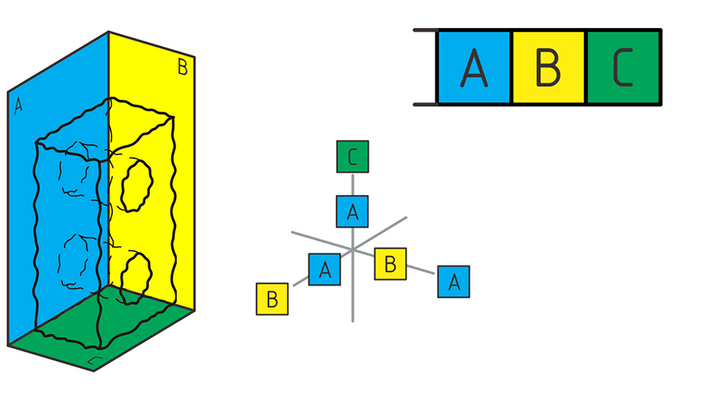 Datums and datum systems are the tools you use to constrain a tolerance zone for one feature on the component to one or more other features.

Datums and datum systems are used within GPS to constrain tolerance zones. By referencing datums in a geometrical specification, you can lock one or more degrees of freedom for the tolerance zone.

A properly designed datum system will simulate how the component is assembled into the product. By referencing this datums system in all the relevant geometrical specifications for the component, you can ensure that all the tolerance zones are locked into a common coordinate system. This allows the tolerances to be as large as possible, because tolerance is not wasted by tolerance zones being able to move relative to each other.

The course builds to some extent on GPS 120 - Introduction to Geometrical Tolerancing, GPS 121 - Degrees of Freedom, and GPS 122 - Tolerance Zones, so having completed these courses will make the course more meaningful.

A number of considerations have to be made, when selecting datums and deciding on the sequence of datums in the datum system:

The course will give you an understanding of how datums work, how they are indicated and what the rules are for building datum system and attaching tolerance zones to them.

First Section
Available in days
days after you enroll